Jim was born to James Dolphus Bramlett, Sr., and Clara Etta Kell on November 19, 1930, in Chattanooga, Tennessee. As a teenager he moved to Miami, Florida, where he attended Miami High School and the University of Miami (Go ‘Canes!), graduating in 1953 as Cadet Colonel in the Air Force ROTC program. He later earned his MBA from Ohio State University.

In 1952, Jim married Mary Ann Armbruster and together they had three children, Jim, Steven, and Scott.

He distinguished himself during his 20-year career in the US Air Force, serving as a communications officer in the Tactical Air Command and a Minuteman Crew Commander in the Strategic Air Command. His assignments took his family to destinations throughout the US, the Philippines and Canada.

In 1974, as a Lieutenant Colonel, Jim retired from the Air Force to devote the rest of his life to full-time Christian work, beginning at the Christian Broadcasting Network as Vice President of Human Resources. He also served at Dayspring International, and at Campus Crusade for Christ he was an adviser to Dr. Bill Bright until 2003.

In 1991, Jim married Violeta “Yolly” D. Villanueva and they eventually settled in Suffolk, Virginia, where he continued his Christian outreach through various online media and by publishing four books, including The Power! What It Is, How To Get It – Now! How To Release It.

Jim is survived by his wife Yolly, his sons, Jim, Steve, and Scott, 11 grandchildren, and two great grandchildren.

To colleagues, friends, and family alike Jim was known for his unshakeable calm in a crisis, his wise counsel, the strength of his convictions, his dry wit, and his compassionate heart and love for God. In 2017, Jim described his greatest life achievement as “humbly serving as caregiver for my dear, sweet mother-in-love (mother-in-law), Phoebe D. Villanueva …. All my other achievements pale in comparison with this one, which was a blessed privilege.”

Jim’s favorite verse of Scripture was “I am crucified with Christ: nevertheless I live; yet not I, but Christ liveth in me: and the life which I now live in the flesh I live by the faith of the Son of God, who loved me, and gave himself for me.” (Galatians 2:20)

A funeral service will be held Friday, February 25, 2022 at 12:30 PM at the R. W. Baker & Co. Funeral Home, Northern Chapel, 5685 Lee Farm Lane in Suffolk, with a visitation an hour before, 11:30 AM. Followed by a military burial will be held at Albert G. Horton, Jr. Memorial Veterans Cemetery. The family is accepting flowers. Condolences may be offered at RWBakerFH.com.

To plant memorial trees or send flowers to the family in memory of James Bramlett, Jr., please visit our flower store.

Your condolence is awaiting moderation. Once approved it'll appear in the guestbook.

Precious Yolly and family ~ Respectfully grateful for the years of fellowship and service at Campus Crusade with Dr, Bright. Jim always had a calm reserve, peaceful demeaner, and servants heart. Thankful this is not goodbye, but only so long for now as we will see you again in eternity and beyond dear brother ;0)

A photo was added for James D. Bramlett, Jr. 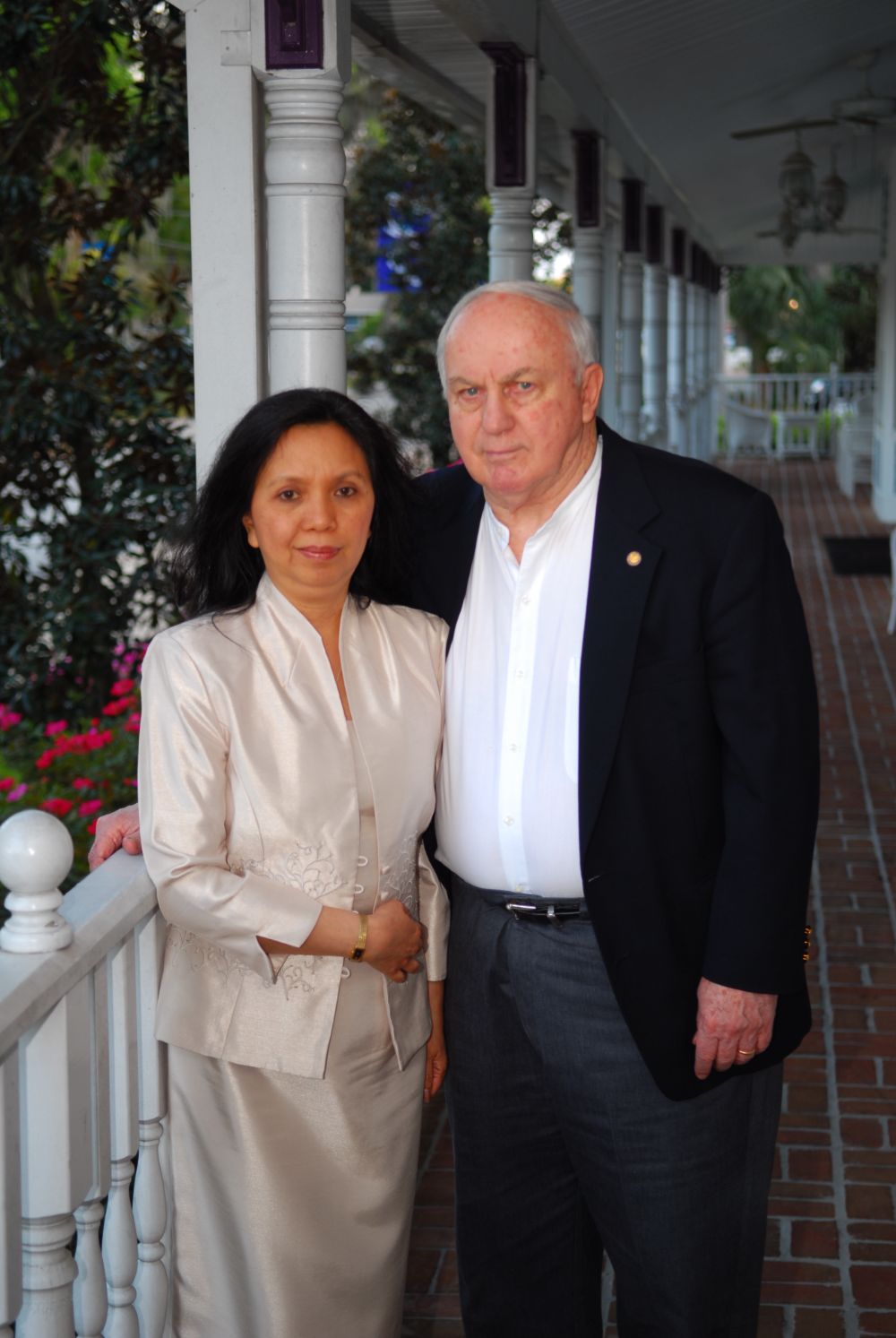 What a marvelous person and life!
Jim lived a wonderful and productive life serving God, country , family, and people around him throughout his life. Sympathies and prayers for Yolly and family he left behind.

Dear Yolly, I remember Jim so well. He was indeed a calm and wise person---perfect for being an advisor to founder and president Bill Bright of Campus Crusade for Christ who, understandably, had so many decisions to make on a daily basis. Praying for you, dear friend.

We remember Jim as a strong, warm, friendly, and Godly man, always longing for the rapture. He will be missed, but we will see him again.

I am so very sorry. Praying for all of the family.