Following a courageous 4+ year struggle with cancer, William J. Spain, III (i.e.,
“Billy”) quietly and peacefully passed away in his home during the pre-dawn
hours of July 10th, 2022.

Billy remained a lifelong bachelor and had no children. In his family of origin, he is succeeded by his two brothers, Shea and Hugh, two sisters-in-law, three nephews, two nieces, and three great nieces. He also has two step-nephews, and a step-niece.

Billy graduated from Suffolk High School and from his beloved alma mater, Virginia Wesleyan University, where he actively pursued strong interests in world cultures, languages, travel, and attended many college level sporting events. Following college, he trained for his dream job as a flight attendant and worked continuously over several decades for a succession of airlines, starting with Piedmont and working most recently for American Airlines before his advancing illness necessitated his retirement. His flying career whisked him away to a vast number of locations in North America, Europe, and the Caribbean. He was generally very easy-going, pleasant, generous, and courteous to all. He loved informal get-togethers with friends, and trips to the beach for relaxation. The greatest treasures of his lifetime were the many, strong, enduring friendships he forged and maintained throughout his schooling, work, and in the friendly neighborhood that he made his home in Virginia Beach.

Another informal celebration will be hosted for his Virginia Beach-based friends on Saturday, July 23, 2022 from 11:00 A.M. to 1:00 P.M. at the Greer Environmental Center of Virginia Wesleyan University located on the VWU Campus at 5817 Wesleyan Drive, Virginia Beach.

Billy specifically requested that any monetary donations in his honor be made to the Dr. Patricia Sullivan Endowed Scholarship in Foreign Languages at Virginia Wesleyan, which he helped found and strongly supported over the years.

He has chosen the Spain family plot at Suffolk’s Cedar Hill Cemetery as his final
resting place alongside both his parents, Jimmy and Marionette Spain. His grave marker will be inscribed with the image of a commercial jetliner.

To plant memorial trees or send flowers to the family in memory of William "Billy" Spain III, please visit our flower store.

Your condolence is awaiting moderation. Once approved it'll appear in the guestbook.

Billy and I met many years ago when I became a flight attendant in 1987. After a few years of flying, we started flying to Paris together. Most of our layovers together would be discovering the many arrondissements throughout Paris. Billy knew all the hot spots to go to, especially to have a good beer. So, most of our time in Paris, we would sit together at trendy outdoor cafes, with a gigantic beer in front of us, telling stories about our most interesting flights and how much we enjoy working with our friends. Our conversation was never-ending with tons of laughter and us smiling ear to ear. We did a ton of walking during our overnights, always finishing up at Enos grocery store, so Billy could stock up on gifts to take home to share with his family and friends in VA Beach. He became one of my best friends quickly. He visited me a few times when I was living in Hawaii. Numerous times he would drive me and my son Kona around the Island, listening to his favorite music followed up with a unique brew of beer at the beach. He loved ...loved Hawaii! Eventually, Billy came to know my entire family. We gave him a nickname, \"Brother Billy\". Other than my own Father, I truly have never known anyone as kind, loving, patient, and such an incredible listener as Billy.

I will miss you very much, Brother Billy! 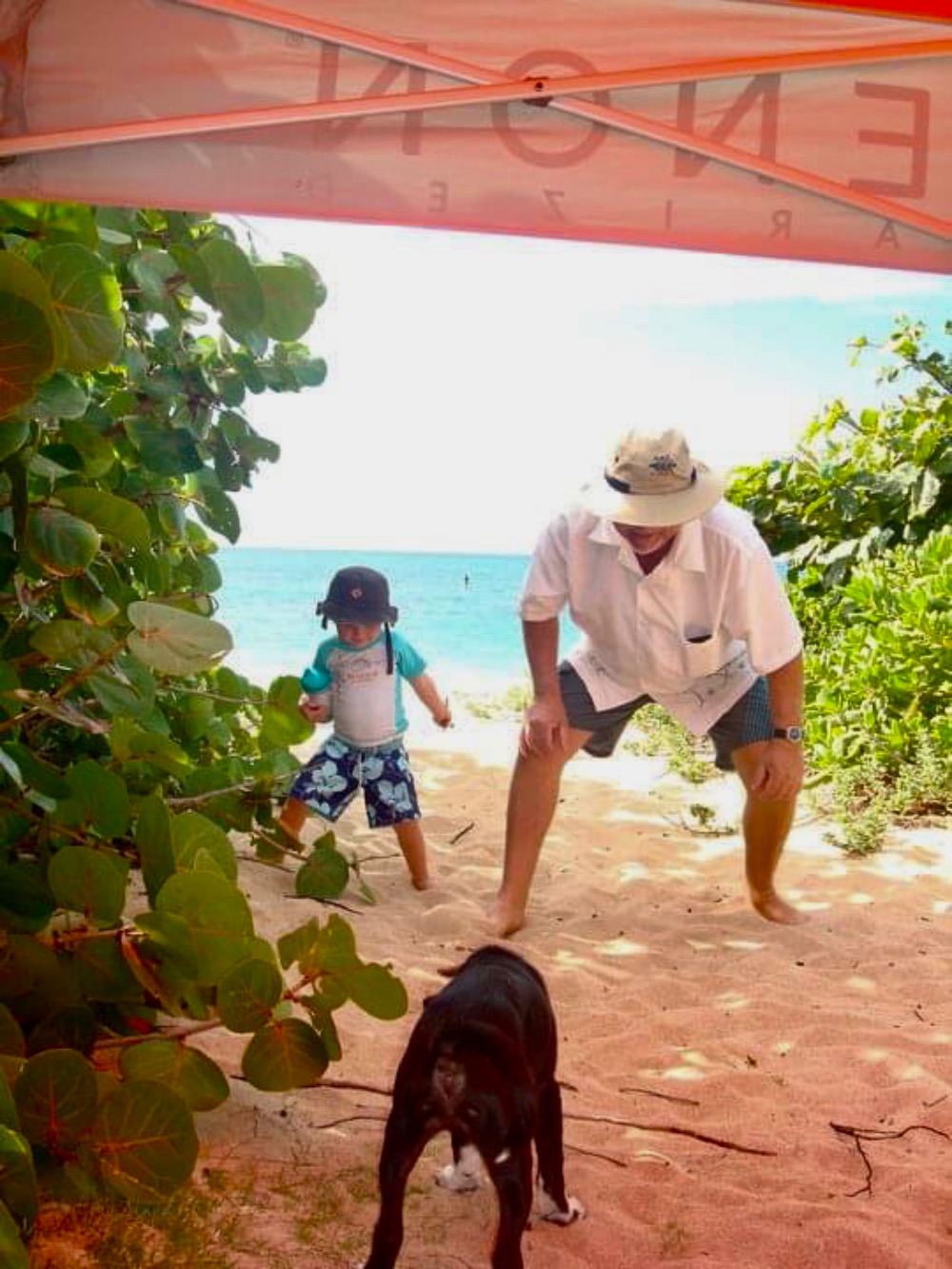 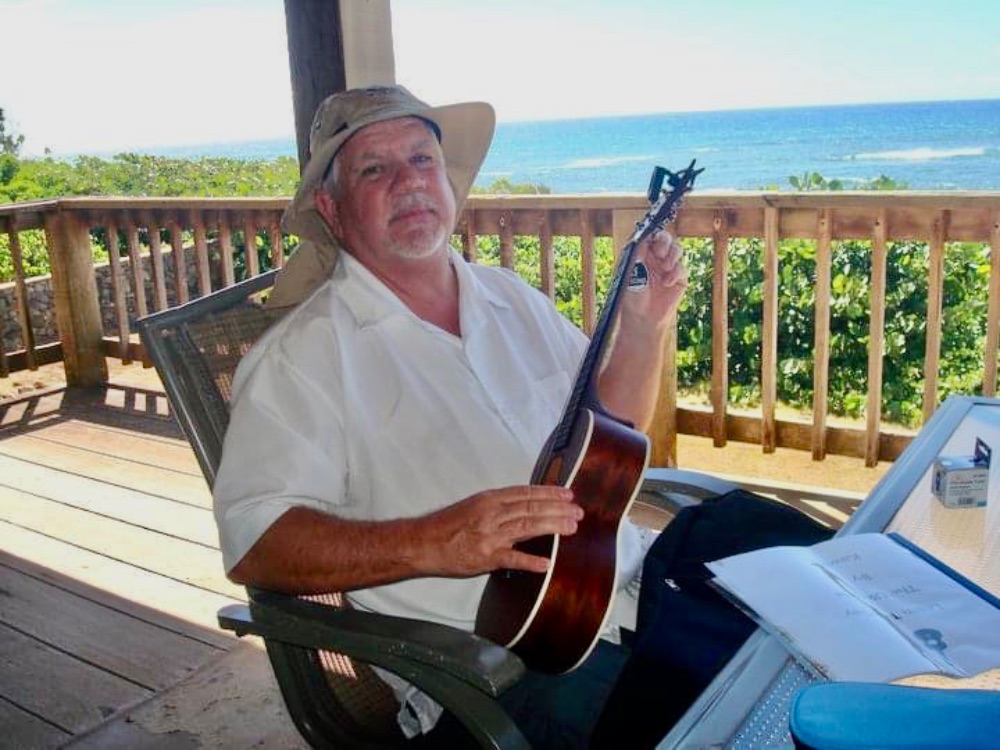 Billy was one of the nicest, kindest souls and always a fun time. He will be forever loved and missed by all who had the privilege of knowing him.

Our dear Billy was always up for a celebration, even throughout his illness. He continued to host parties at his home with his island Tiki Bar as the backyard focal point. His generosity and warmth will be truly missed. And let's not forget his epic tailgates at UVA, his Father's Alma mater I do believe. His Mercedes van was generously shared on trips to Philly for work, and trips to Charlottesville for games. A great host, great friend, and stellar Flight Attendant. Until we meet again Billy, Wahoowah!! ❤️

Our mothers were best friends. I was born in Feb. of 1956 and Billy came along that June. We shared cribs, playpens, strollers etc. and didn’t know we weren’t blood related until we were about 7 years old. Billy wasn’t so much a friend as he was a part of me. As we were separated geographically and then, as the years went by, through our different life paths, the years melted and disappeared whenever we did reconnect. I miss him now as I have whenever we’ve been apart. And I fully expect the instant joy and warmth when we reunite again in heaven that we have always had when we have reunited here over the years.
Fly high and set up the tailgate party, Billy. I’ll be there with hugs by and by.

Our mothers were best friends. I was born in Feb. of 1956 and Billy came along that June. We shared cribs, playpens, strollers etc. and didn't know we weren't blood related until we were about 7 years old. Billy wasn't so much a friend as he was a part of me. As we were separated geographically and then, as the years went by, through our different life paths, the years melted and disappeared whenever we did reconnect. I miss him now as I have whenever we've been apart. And I fully expect the instant joy and warmth when we reunite again in heaven that we have always had when we have reunited here over the years.
Fly high and set up the tailgate party, Billy. I'll be there with hugs by and by.

20 years next door......8 more in different states.....distance NEVER mattered, so it won't now! No place to begin....no words fit.....if you knew ever run out! We only have continued love for the AMAZING man we call "Billy-Boy!" Loving you always, Leigh & Tom

So many great tailgates at Scott Stadium, with wins and losses, but always great times. Billy’s always next level attendance brought joy to all regardless of the game. Being able to visit Billy, his fun great friends, and Tiki bar in VA Beach will always be a pleasant memory. We miss you Billy. Peace.

Billy welcomed me into his VB “cast of characters “ and I truly enjoyed his company over the years. Good Speed Billy and rest in peace after a well fought battle.🙏

A candle was lit in memory of William "Billy" Spain III

Thank you Billy for the wonderful trips we flew! You were always professional a joy to be part of the crew … Paris Madrid Rome Frankfurt Munich RIP dear friend!